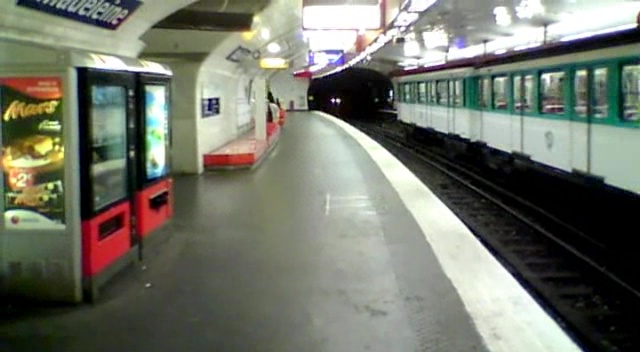 Let’s imagine for a moment that this wall is a lawn...

In a simpler daily newspaper, perhaps less allegorical than in previous films.

Also go in concrete, almost a simple architectural project. The influence, no doubt, of a discussion with Carole Desbarats about the job of fluid engineer, particularly in the Paris subway, which concerns her closely.

Sound research on the relationship between voice and sound atmospheres (metro movements) and off-field subway sound. And insertion of direct sound on the generics. The only sound in the film is live sound.