Organization of digital items for the digitized films of Jacques Tati

Participation in the organization of a digital film heritage.

Beyond the technical debates between analog and digital cinema, digitization of film heritage works is a blessing for their durability and technical quality viewing to the audience.

But the storage and backup time digital elements themselves raises management issues, classification, storage and replay capability in the future, which are very complex reality. In a way, it’s much more complex than the conservation of 35mm film reels, finally to be just, that’s another complexity, less directly comprehensible, less “material”. It is a complexity related to :

“Films de Mon Oncle” is the company (founded and run by Jérôme Deschamps and Macha Makeïeff) that manages the assets of the films of Jacques Tati. These films were digitized and restored. The elements are multiple (versions, work steps, original “master” copies, distribution of copies, DCP...), on multiple media (hard disks and magnetic tapes). The organization and storage of these materials is a complex project, which I started participating in 2015, bringing organizational tools and methods, image replay, conversion for redevelopment, etc. It’s only a beginning. 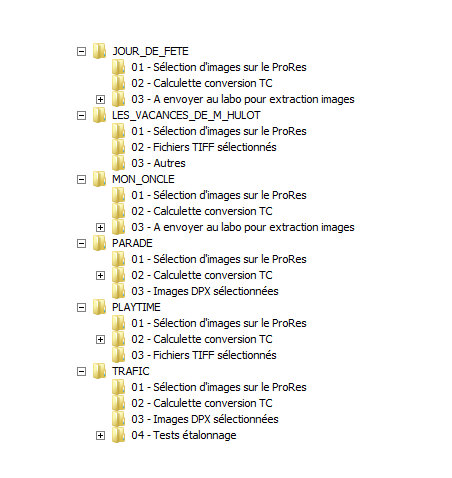 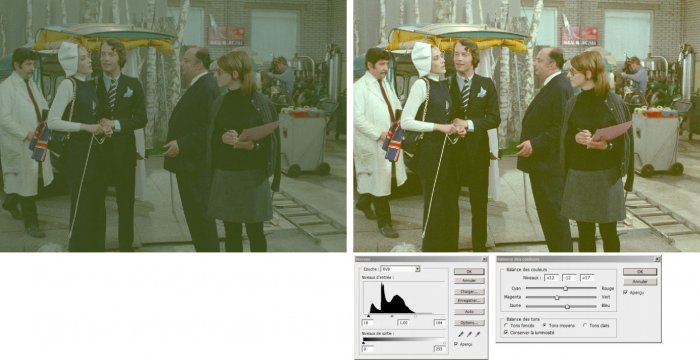