Vire, next stop A film by Benoît Labourdette (3’48s, 2013). One day a train. Chopped audiovisual form, from which emerge childhood memories, confrontation with the self-forgetfulness. 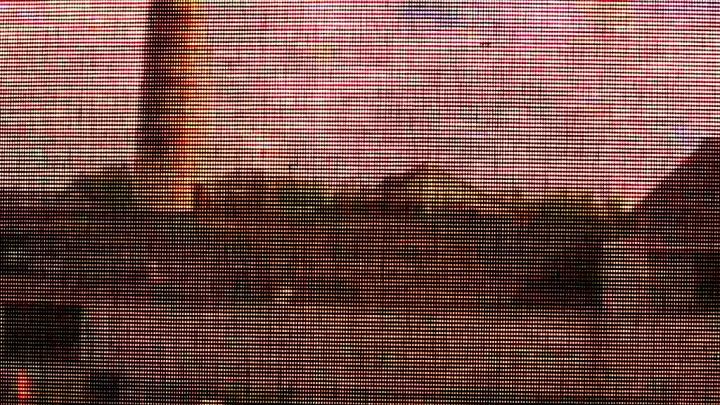 One day a train. Chopped audiovisual form, from which emerge childhood memories, confrontation with the self-forgetfulness.

The video scratch is a process that I used for the series « Idems, everyday feelings » in the late 90s, ie 15 years ago, at the beginning of virtual editing “online”. I could then, for the first time, scratch digital video at full quality , as it could be done with vinyl analogic discs. This possibility led me to rethink the figure of the still image, to try to dig out the real behind its appearance. The most iconic film of this research (and that was a lot circulated at the time) may be « The closed trash ».

In recent years, technologies have gone much further, with the “machinima”, the film shot into a video game. Basic way is to keep track of a party, and more elaborate, is to build a narrative using the capacity of video pictures made by games. So, often it is : shoot a play made for “making a movie”, and then double voice over the characters.

I just talk about technology, but, of course, a technology has meaning only be the “new worlds” that leads to imagine. Here I am using the tools of machinima, but applied to real images, to tell again, with today’s tools, a story that digs a way to stop the picture, which seeks the truth hidden beyond appearances. And in this film specifically, a past, to reclaim. Search for identity, so... beyond the images.

The words and letters

Beyond the images ? Words are therefore the focus of this film. The letters also with these polysemous denominations rather impressive :

And perhaps even more in the center than what we perceive in the first glance. You have to find what is hidden ...

The picture and sound

In 1997, I scratched images with continuous sound. In 2013, I scratch images and sounds. No other continuity than the time going on. So images, such as sound, are very chaotic. Put the movie in full screen in the dark if possible, sound loud, and enjoy a sensitive experience. As sometimes one is immersed in the intensity of certain memories, formerly repressed...