Break A film by Benoît Labourdette (3’36, 2012). “Break”, this time of the working day in which humans are placed in a non-productive state finally. 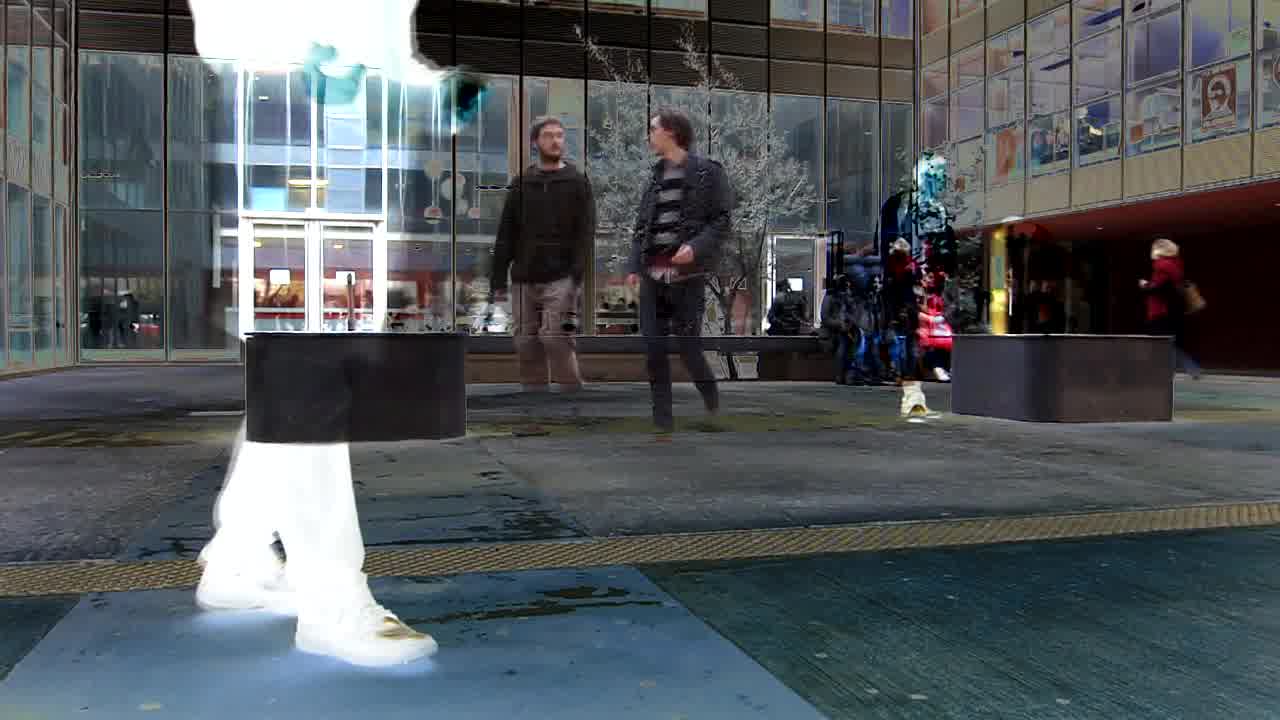 “Break”, this time of the working day in which humans are placed in a non-productive state finally.

I caught a break when the students of the Université Paul Valéry (Montpellier, France), then I looked through the assembly, the music (built from extracts of Ludwig Van Beethoven), by addition or subtraction of pixels in a stated shot, the intermingling of image loops, extracting, as extracted essential oil of a flower, a collective expression of inner feeling of “break”, rather a physical and temporal sensation.

Project probably impossible, because everyone is in their thoughts, issues in this time, so there is no collective feeling. But project also, research, quest, of this which crosses human beings in moments of “communion” as that one. And how it can be felt, by way of words, the sound and visual perception.

There is, in this film, a lot of small elements in the image, so it really is best viewed in full screen (in the dark). This is not film that tells a story, it is a film that offers a contemplation.