Collaborative creation of photos by the inhabitants of a district, to record the memory of an event.

During the 2017 Christmas celebrations, the municipality of Les Lilas (93) supported the actions of the association Better living in the Sentes district in organising festive actions by and for the inhabitants. I intervened to accompany the inhabitants and participants to take creative photographs during the week of activities. These photographs were published in a durable mini website, which tells the story of this week in pictures:

This mini website is accessible via this QR Code (which was printed and distributed at the event and after):

The direct address of the mini-site “Views on the Sentes”: www.benoitlabourdette.com/_docs/projets/2017/2017_les_lilas

What is a territory? How is it built? How do you value your own living environment? By what we can live there (architectural, urban, social, educational, cultural, political proposals...) and by the history it leaves in us and in others.

How is a story constructed? Through the story, which has been told through texts and images since the beginning of human history.

A celebration such as this one is a moment of life, of human sharing of which, of course, there are still personal traces in everyone’s memory as well as some beautiful photos in the next edition of the municipal newspaper. But today everyone makes images, from which they could build a more intimate and appropriate collective narrative.

To do this, it is necessary to create a space to promote the heritage value of these images and to support their creation, so that people give more value to the images they will make, to inscribe their own history in the great history. Sharing an artistic, offbeat, amused, deep look....

And to ensure that these traces created by people can begin to constitute a true cultural heritage, sustainable and valued. You start telling your story, and in this way you give meaning to the past, present and future.

Establish a participatory and playful system for creating a photo and video memory of an event. So that the inhabitants can creatively appropriate the event that takes place in their neighbourhood, and that this constitutes an enhancement, both personal and collective, of a shared experience on a territory. To draw, through the media, a memory of the cultural and human life of a city.

The spirit of the implementation of this project is to give the inhabitants the space to express a personal point of view, in a subjective and artistic approach, on the event. Thus, the memory that will be produced will not be journalistic, but human. It will have an aesthetic interest in itself. This will fill it with emotion, which will give it meaning and sustainability over time.

Article in the municipal newspaper of Les Lilas (January 2018)

The beautiful Christmas in the Sentes district

A great success for this first Christmas in the Sentes district, organized jointly by the City and the association Mieux Vivre au Quartier des Sentes. On December 9, after the inauguration of the tree to the sound of the crazy and musical group Les Grooms, everyone was able to warm up with a glass of mulled wine and listen to a jazz group, before participating in a sound experience thanks to the artist Armel Veilhan. During the week, children’s choirs, the Hydrangea choir, teachers from the conservatory, a storyteller from La Voix du Griot have been performed in schools and retirement homes in the area. The last weekend was particularly lively with a culinary workshop, a shared meal, the raffle draw and the last concerts at the Café Le Royal, a DJ at the Espace Louise-Michel. A film, Views on the Sentes, made with images of the inhabitants, bears witness to this beautiful event. 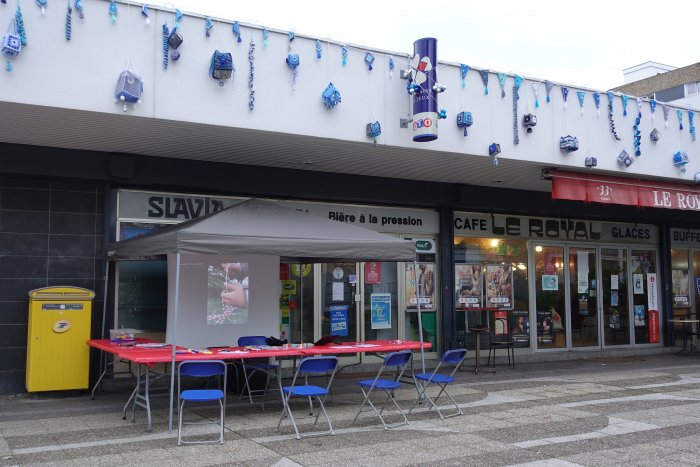 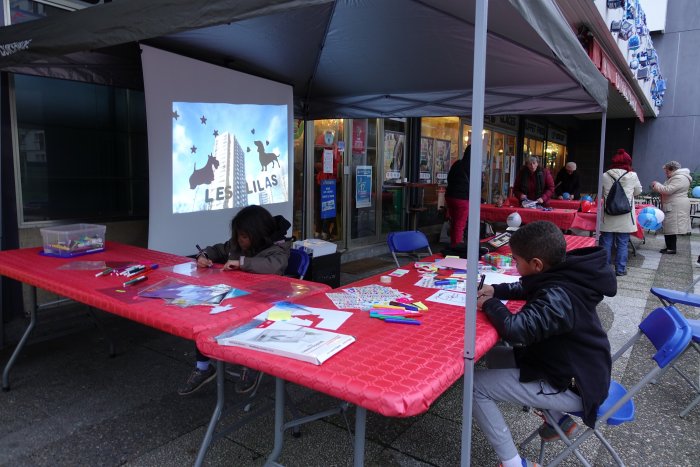 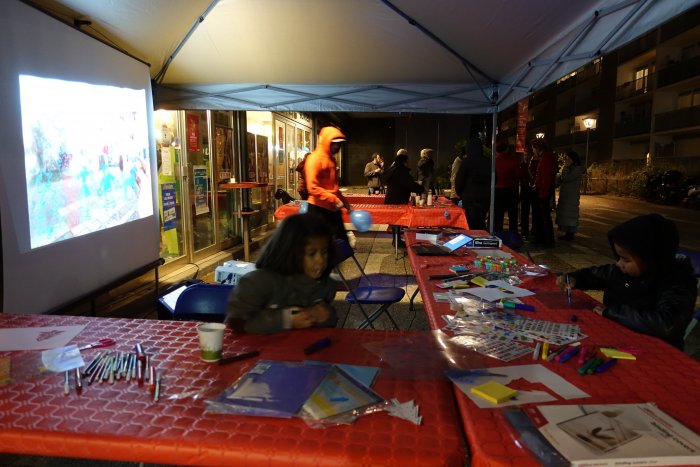 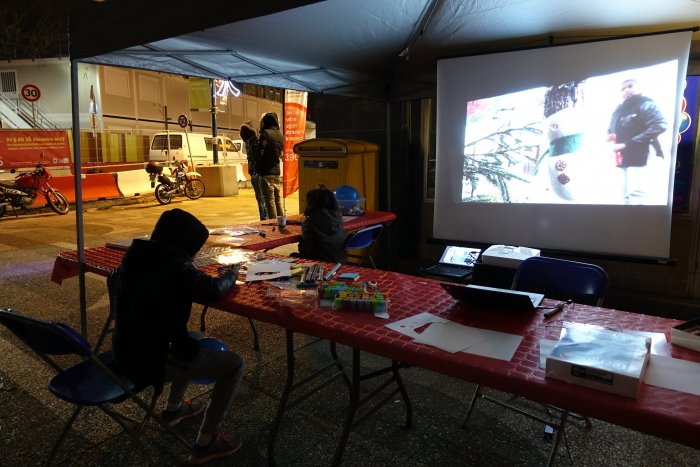 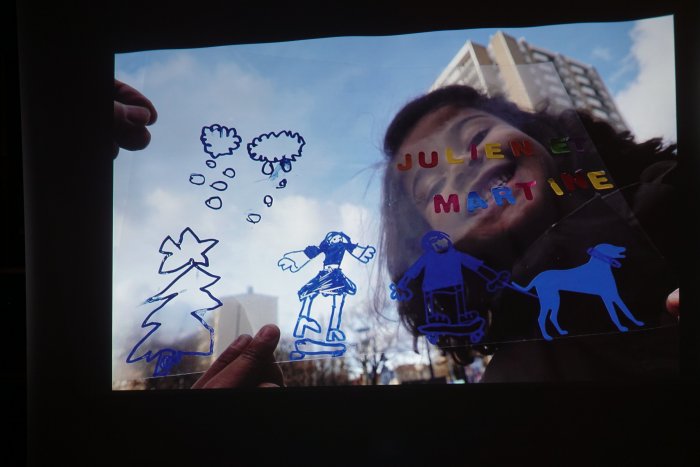 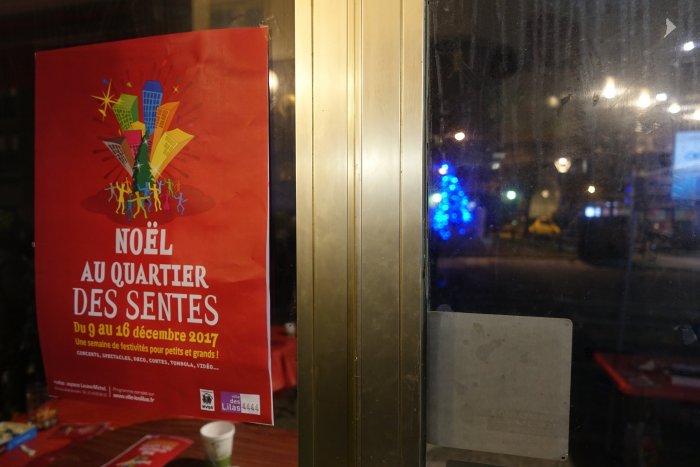 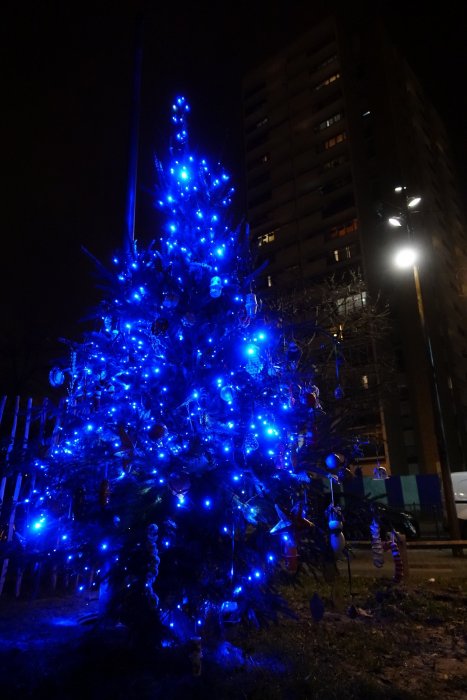 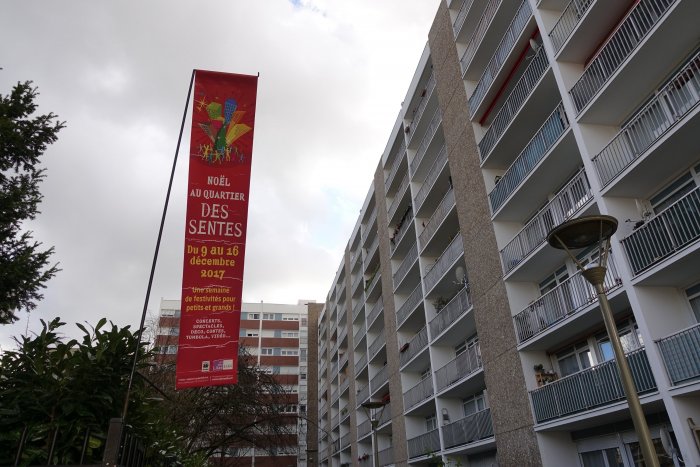 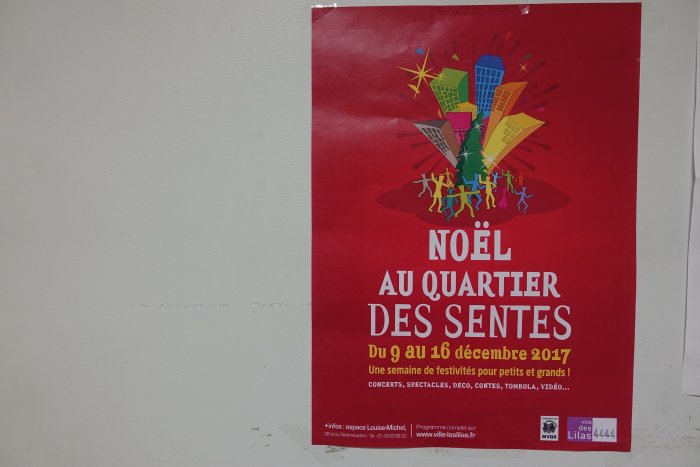 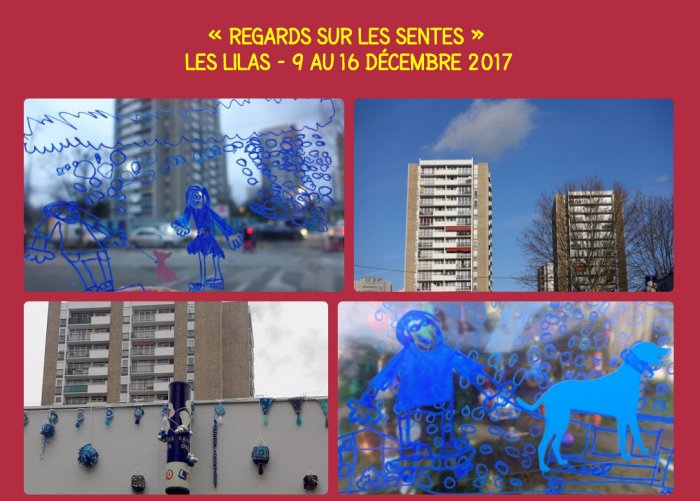 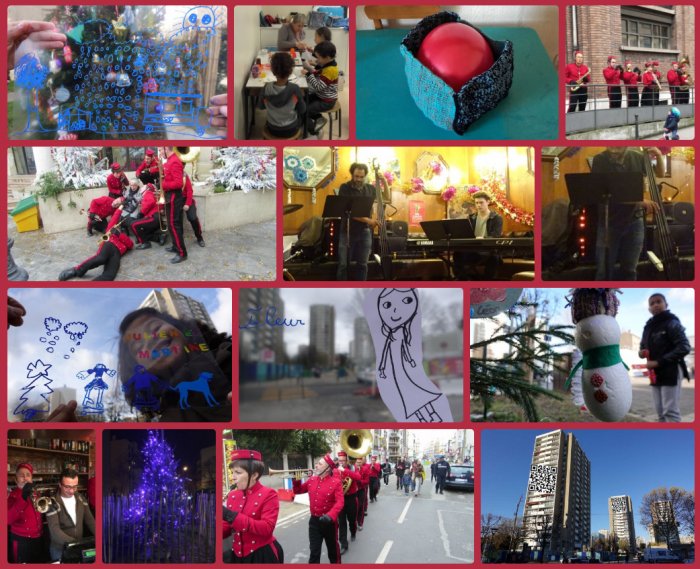 Workshops related to images, cinema, photography, animated films, but also writing, offered at cultural events to “passing” people. How to propose a requirement of creative quality, even in a very short time.